Disclaimer: I received an entry to the Hot Chocolate 15k/5k Dallas to review as part of being a BibRave Pro. Learn more about becoming a BibRave Pro (ambassador), and check out BibRave.com to review find and write race reviews!

If you’re a runner, you’ve definitely heard of the Hot Chocolate 15k Race Series presented by Ram Racing. They have multiple locations across the country, and I’m super excited, and blessed, that there’s a local one here in Dallas.

The race that motivated me to start running many moons ago was the Hot Chocolate 5k, and I eventually did complete it. In my years running it after that, two other times to be exact, I have run the 15k and have enjoyed the extra challenge, and medal. This year I had planned to run the 15k, but my hip had very very different plans and I’m okay with that. 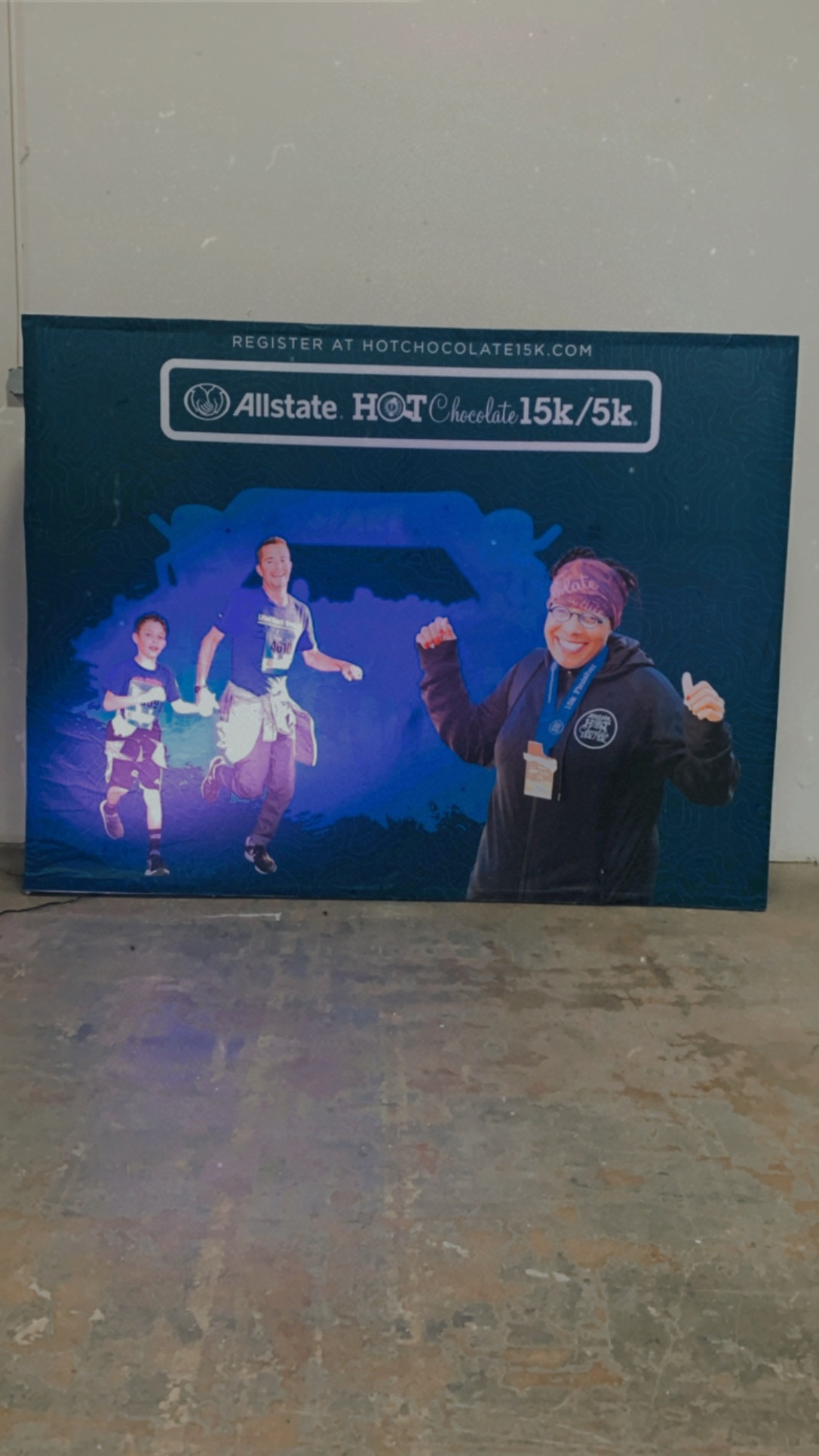 So with each registration every runner receive the signature Hot Chocolate jacket, and a nice colorful bib representing your distance and start coral. In addition you got access to the expo which included various vendors and lots of chocolate related goodies. The only downside to the expo is the location, downtown Dallas area and traffic was insane if you have to wait until you’re done working to go down there, and it’s $5 for parking. I absolutely hate paying for parking. You do have the option to have your packet mailed to you for $15, but I didn’t sign up in time for that. Also, if you have any changes you need to make (in my case it was still printing a corral related to the 15k so I needed that fixed), you need to do that at the expo. 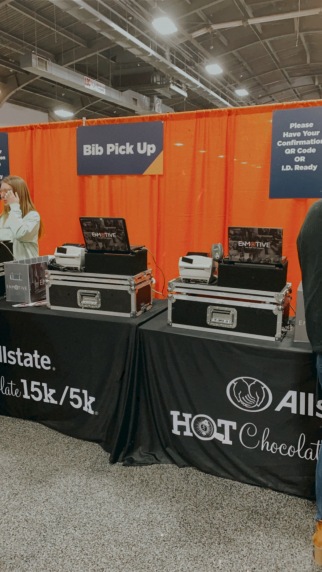 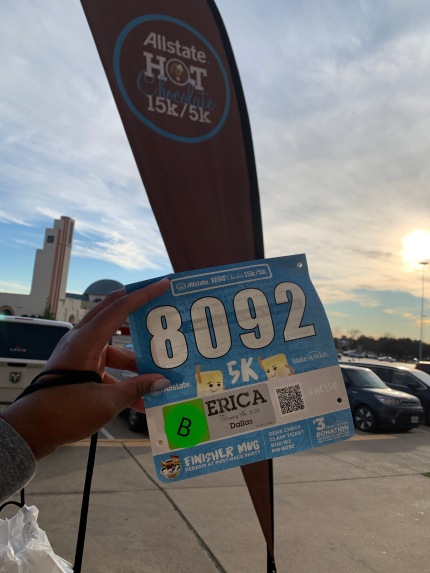 But overall, quick, and easy experience in the expo.

Race morning traffic was just as I expected from previous years, maybe even a little better this year. However, for the first time in my four times running this race, they had an additional lot that was technically across the street that they had us feed into. Positive side, we were the first line in so it was open parking and I got a good spot close to the entrance of the lot. Downside… it’s really far. It’s always a hike to get there anyways, but it was basically like being in the back since you walked past all of the other lots the normally use. Every year I tell myself to record the walk to the start because it’s so long, and it came in at quite the distance of over a mile each way. 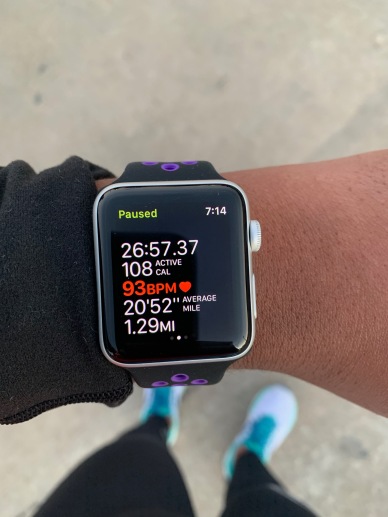 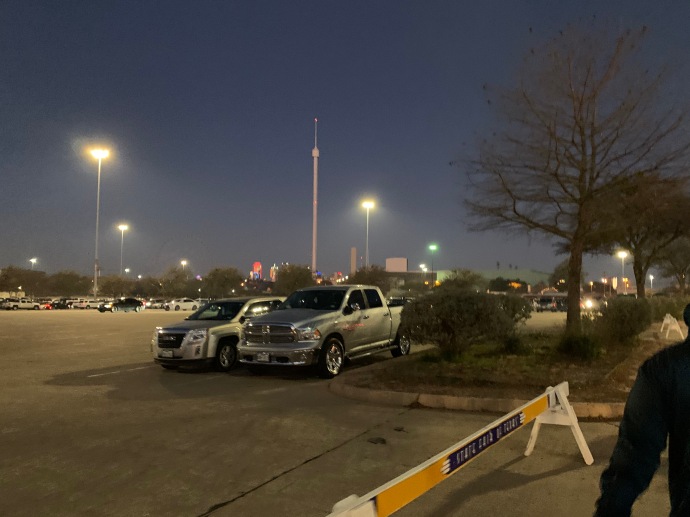 So if you were doing the 15k, might as well run two more miles and have a half done for the day.

Anyways, the Hot Chocolate team knows how to run a race. There were plenty of pre-race activities, photo ops, and very large signage to make everything easy to find. The only thing I don’t understand is why the 15k starts way after the 5k… Like an hour and fifteen minutes later. I would think the longer distance would go first. But whatever, it’s not my race. It benefited me because I got to get in out faster. 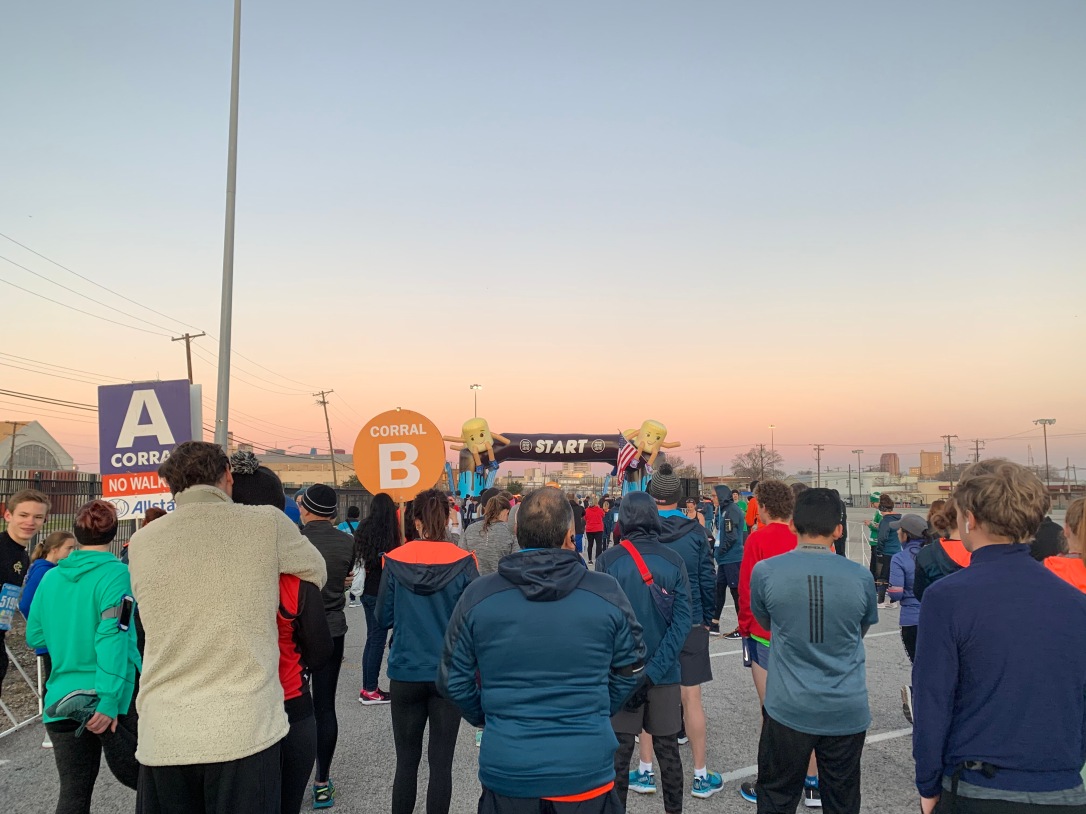 Now… hear me out. There’s nothing spectacular in regards to the scenery about this course. Absolutely nothing. In fact you run under two overpasses that had two recently homeless sites removed. Very pretty… but you know it is what it is… just motivation to run faster. There was one water stop that also included Nuun, and of course chocolate. 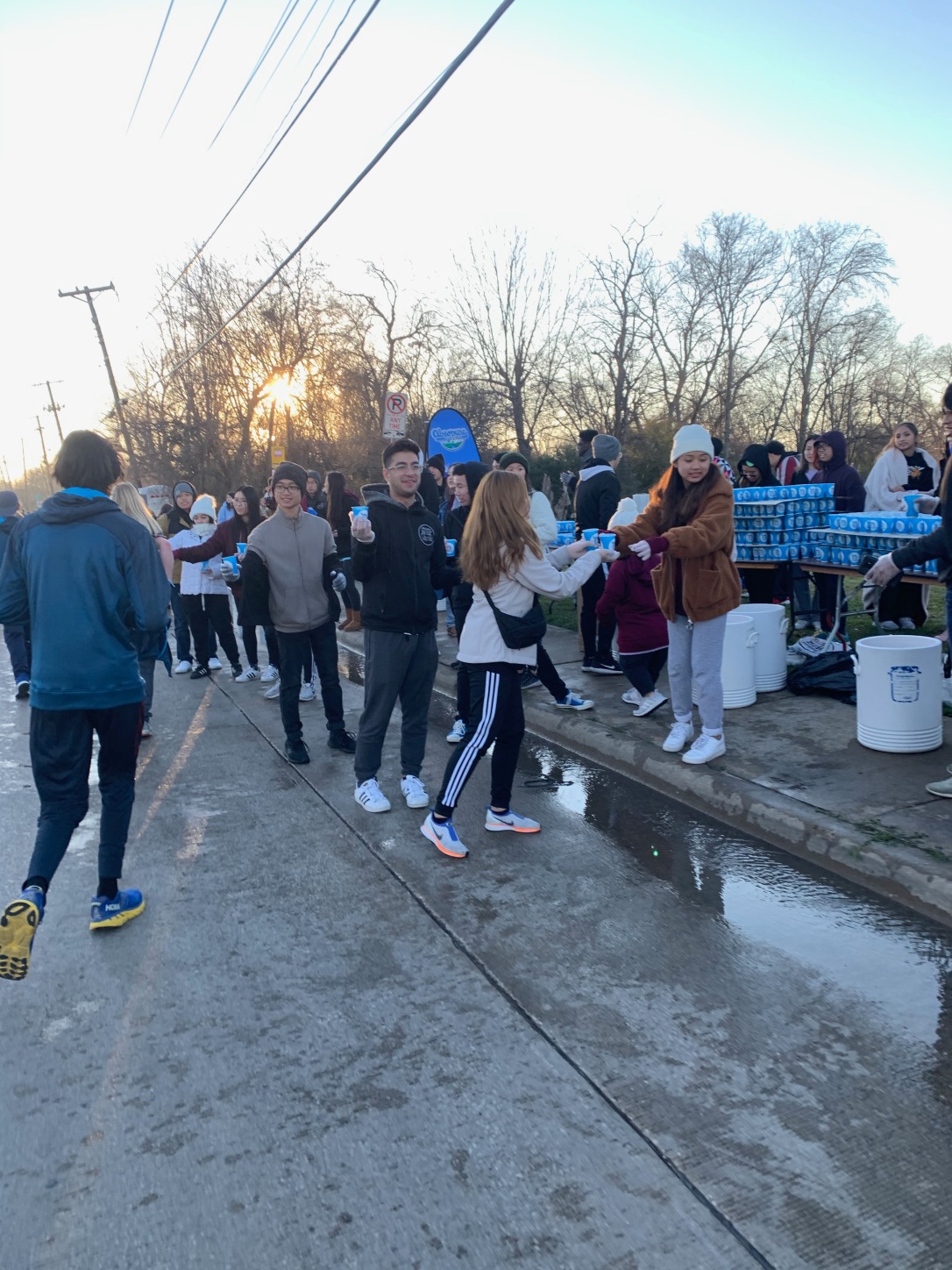 Once you get to the end of the race you’re greeted with water, and new this year, and nice 5k finishers medal. 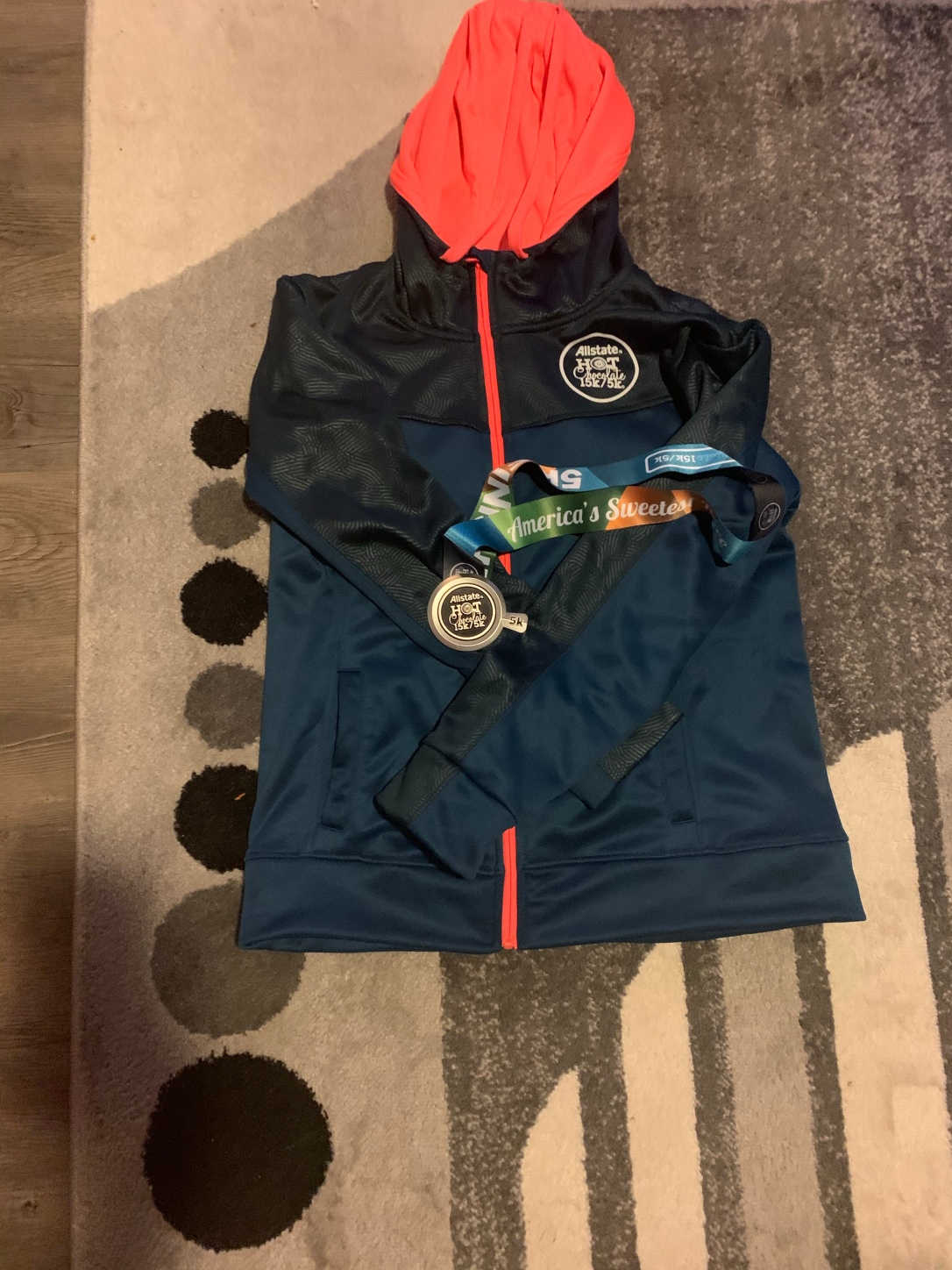 After that, you could take more photos, including one that would display your time (I didn’t want to wait in line because my hip was not happy), and of course the line to the signature bowl of snacks. 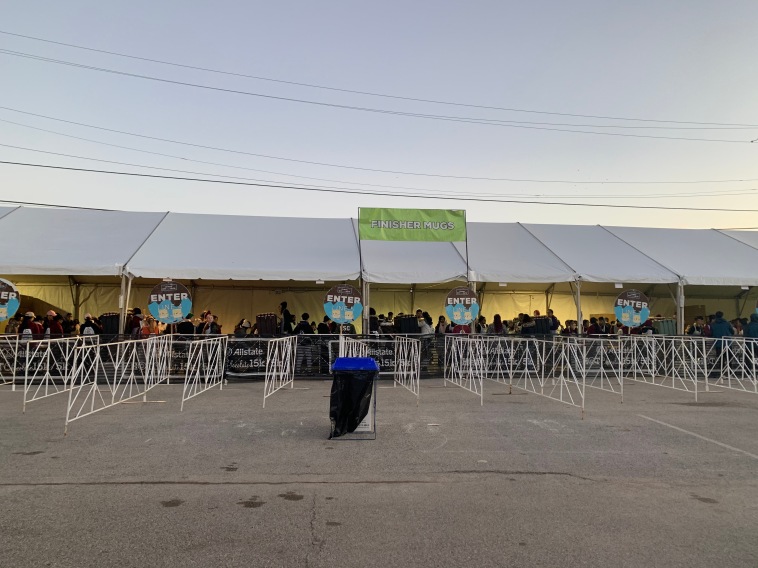 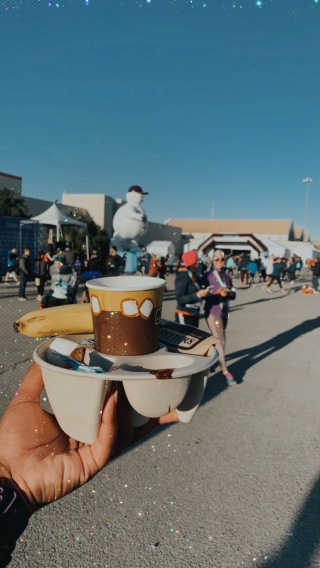 After that, it was time for the extended mile walk back to the car. Again, traffic was easy and very well controlled, and it was the end of what I would call a very successful first race of 2020. The best part, I already had my race pictures before I got back to the car, and a few more arrived throughout the day. 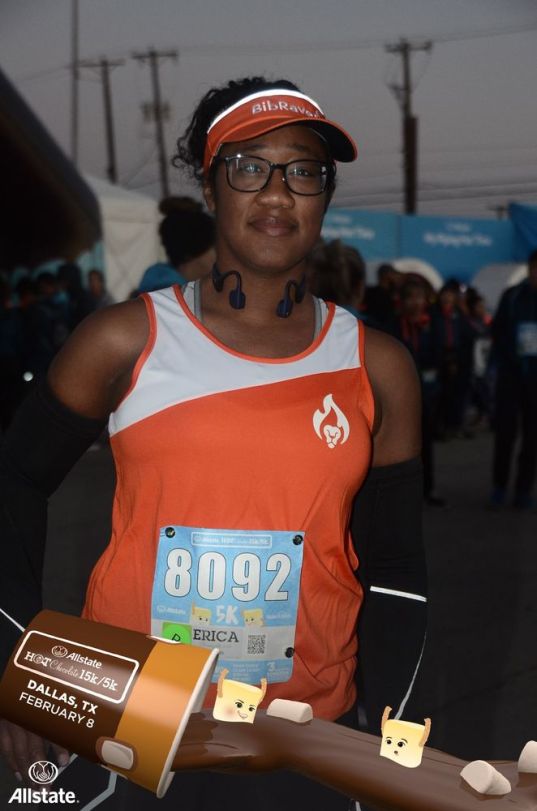 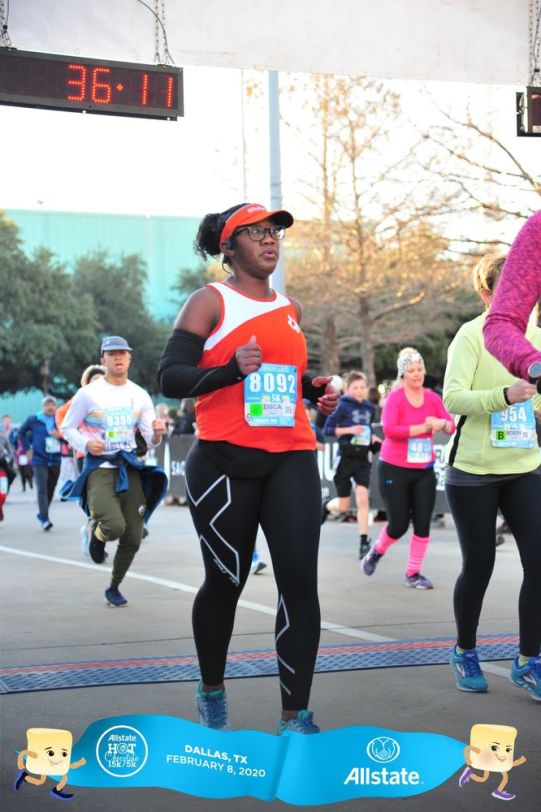 I will always recommend this race to those who are just looking to go out and have a great time, and/or to run with family or friends.