Finally! I get to recap Hood to Coast- Pacific City. So this particular relay was a challenge from the start. But I’ll just try to hit the major points.

Around June 2017 an ad came across my facebook feed for Hood to Coast Pacific City… not big deal right? Except for this one caught my eye when it said one day, one van, twelve legs, and it was part of the original HTC course. So I immediately shared it to generate interest and quickly filled a team. It was mostly van one from Luckenbach plus Dara who was van two from that race, minus Big Kev from van one.

As one could imagine when you plan a race a year in advance, life is bound to happen and things are subject to change.

Hence, the dropping of Uncle Toby by Fall, and Emily and Jeremy by winter. New Roster after recruiting some strangers using the HTC team finder webpage…

A month prior to the May 5th race date while I was out in Cali for So Cal, I got a call that Emi was dropping.

Bring in Jenny from the block, a friend of Heather and Nix to save the day. This is one of those reasons why it pays to have locals on the team because they help find people in a bind who don’t have to worry about significant travel.

Finally the date was here and it was time to head to Portland for the race. Dara and I took off dark and early Friday morning (did I also mention that this was a Saturday race!? Double points!) . We had a long flight time with a layover in Houston and it took forever to finally get off the runway at Love Field. But nonetheless, we made it. 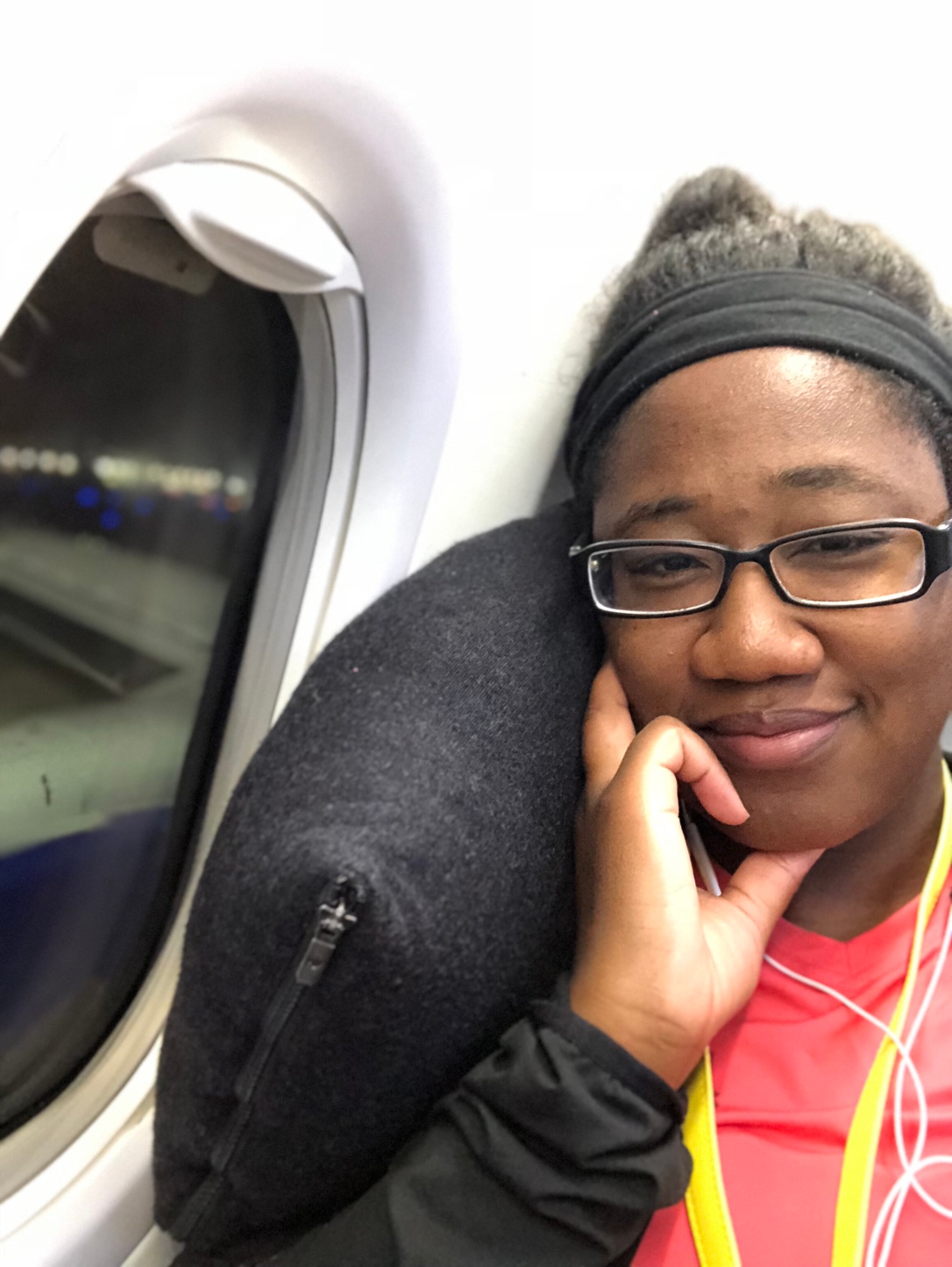 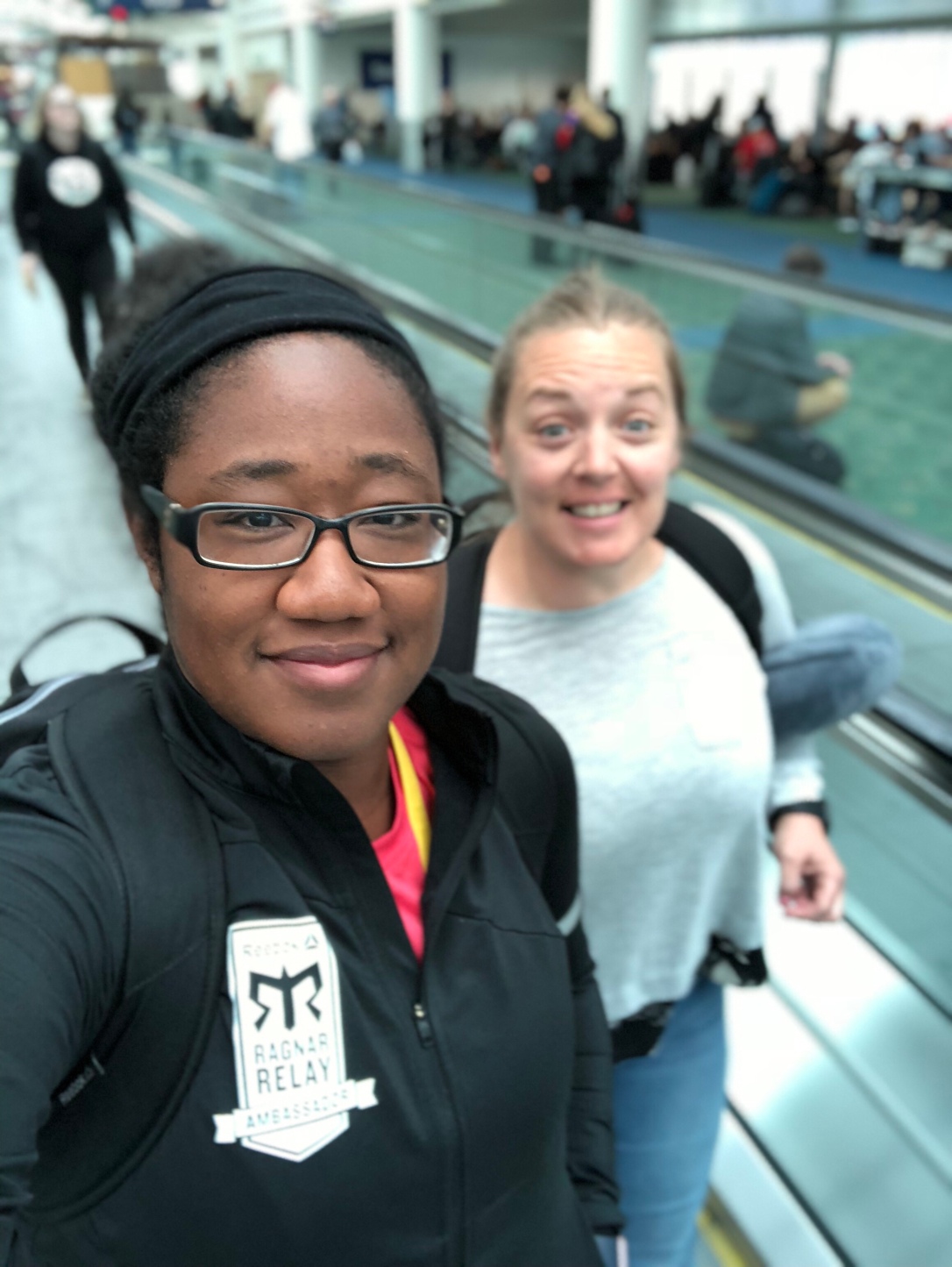 Hopped on the shuttle to get a sweet rental mini van. When we got there they upgraded us for free to a larger SUV… obviously I choose the Infiniti.

But due to mechanical issues we had to return it and I got another Infiniti. This time we choose the smaller one due to the ease of getting it in and out of exchanges.

Dara and I did random site seeing, picked up Alaskan Jenn, got stuck in traffic blah blah blah (that’s for another post). We finally made it to Newberg, got checked in and went to a local restaurant to meet up with the rest of the team for the first time. We had a lovely dinner and chat and we ended up parting our separate ways until the morning… we had a 3:15 start time so we had a very very early start.

We were warned about the lack of gas stations and cell service along the course so before we headed in, I topped off the car just in case.

Early wake up call. Because I’m difficult and super special we had a very unique runner order that I’m so thankful that Alaskan Jenn was super cool about accommodating. Had legs maps stayed the same, this wouldn’t have been necessary… but honestly I think it benefited the entire team pace wise to have us do something wonky because she is a much stronger runner than myself.

So basically I got to wrap up my legs early, and Alaskan Jenn had a later start, but we both had less down time between leg sets. Plus she got to run in the heat for her training for her race down in AZ. The reason for doing this is that it put us back at the original mileage that we both originally signed up for, and put her back at the anchor leg position.

Let me say. This was a beautiful course and I wish I could’ve down a bunch of InstaStories showing off the beauty of this area, but there just was not any service until about Nix’s last leg as we got closer to Pacific City. I mean absolutely none to the point where we couldn’t even send one mile out texts to one another.

So, remember how at So Cal I hurt my achilles, that was still an issue, but I was here to have fun and ran anyways. The start line was dark and started downhill… literally. It was a gentle incline in the grass and I rolled my bad ankle right at the beginning… but no big deal… I only had 7.5 miles to go! It was dark so there’s not really any pictures of the run but I can give you my Relive video that I totally spoofed and messed up the title of it.

Oh well, you still get the point. I came in right on time and handed off to Dara. 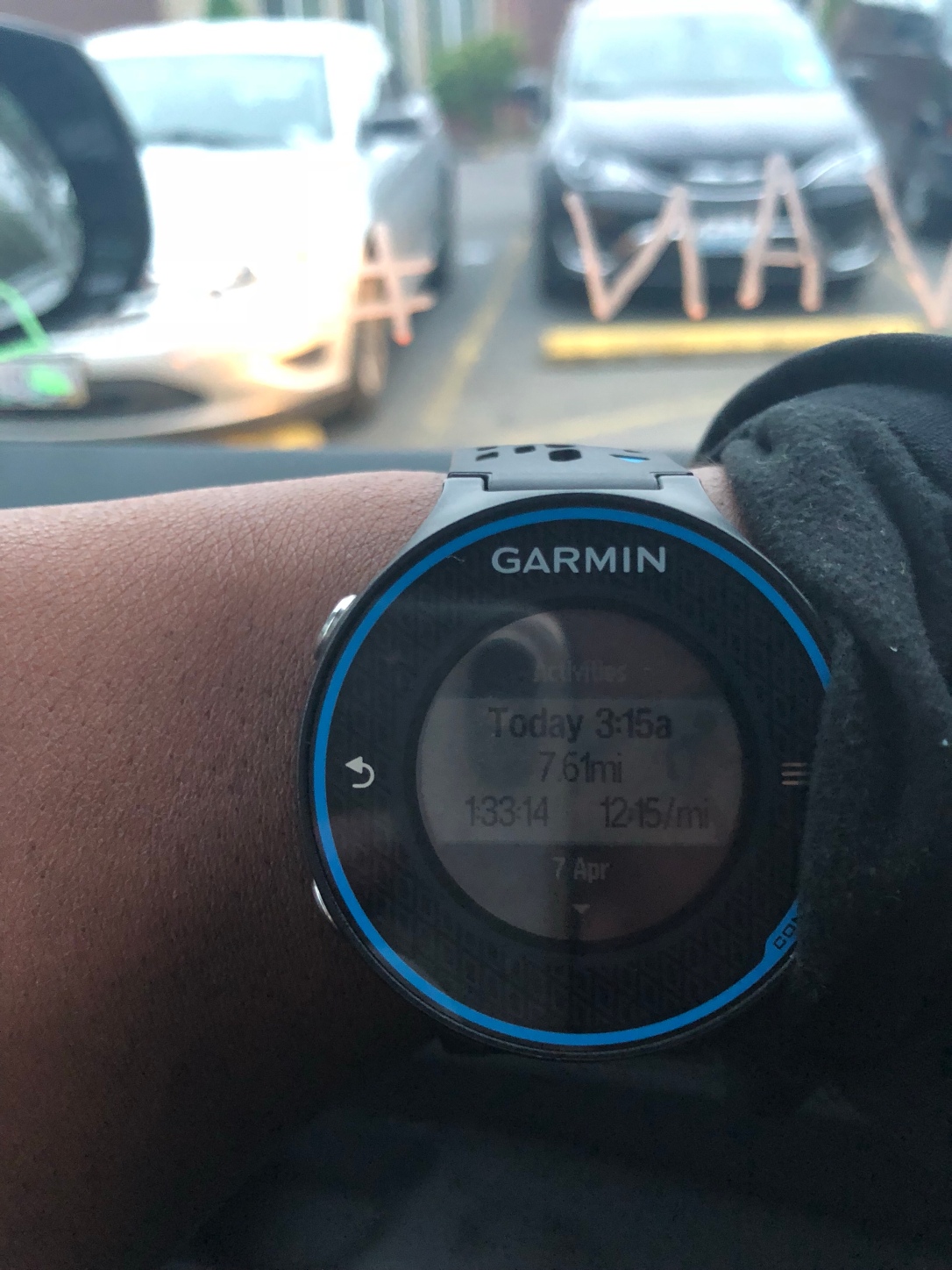 Dara was out killing her leg and Heather was getting her fight stance on.

H did amazing on her leg and we got to wait for at one of the prettiest exchange locations ever. So Cal had some pretty ones, but they did not have a vineyard or this level of greenery.

And this is basically how it continued. Heather to Jenny from the block (who was gushing about her run because she met a cutie named Antwon who inspired her to run faster than she planned), and Jenny to Nix. Nix was our strongest runner and was just the most humble person ever. She did amazing on her leg and handed off to me for my final 5.5 miles or whatever.

Not gonna lie, I was hurting, my ankle was burning, but it was way too pretty to be angry. I had given my team a window of what time to expect me to finish since we couldn’t text one another. so pacing was so crucial in this race. Not for the sake of winning, but simply to have the next person ready. I was falling behind on that time a bit, until caterpillars, big ones everywhere, started showing up in the last few miles. Needless to say… this chick got negative splits and I was done! 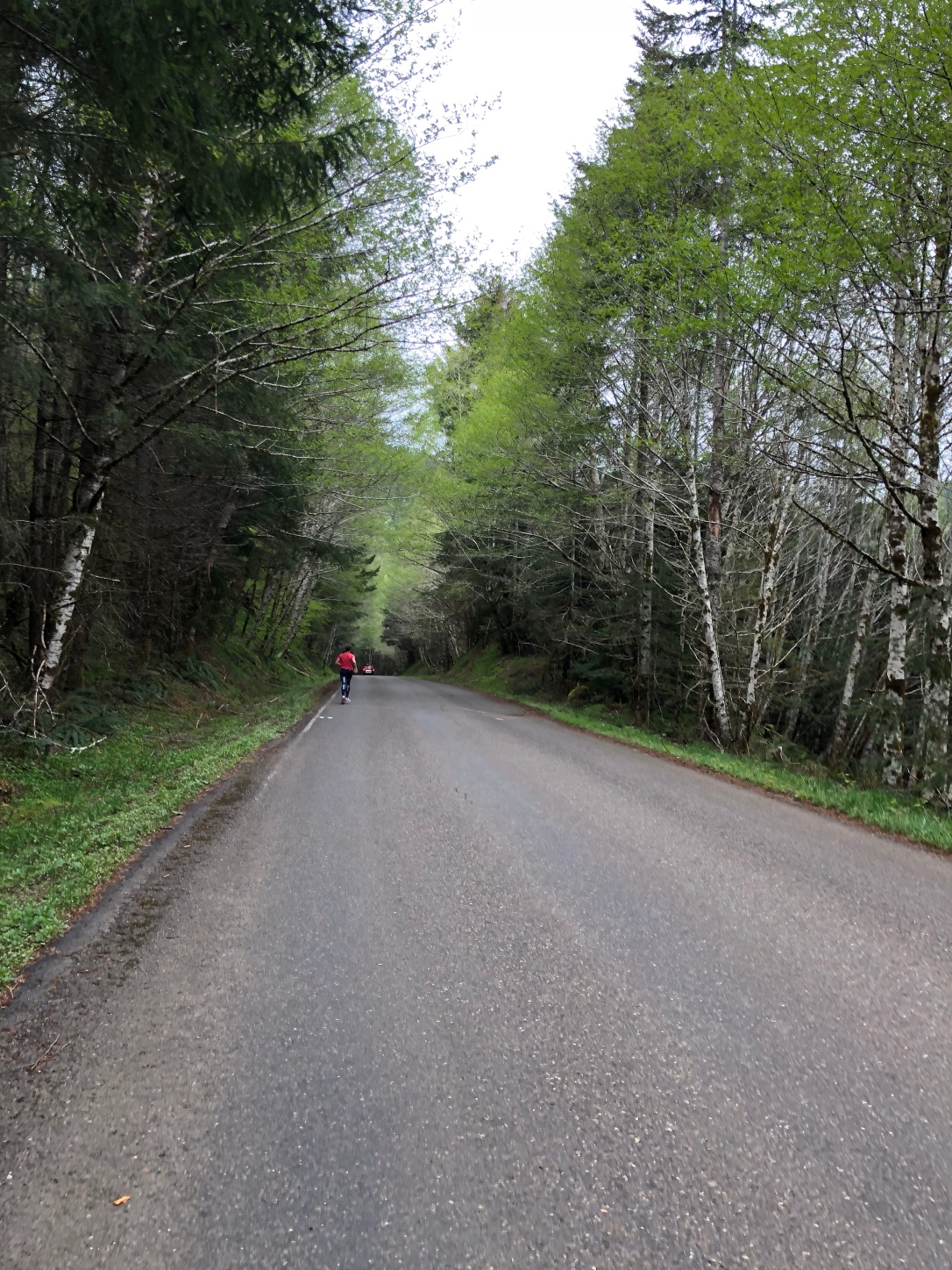 Since I was done I made sure I went on full support mode. AKA, making sure I had full support doing my word search (remember that no cell service, Ragnar has taught me to come prepared) and Nix was my assist buddy. Me and the word search book had hours of fun.

For these final few legs we got out more often to cheer on our runners and found some beautiful scenery in the process. 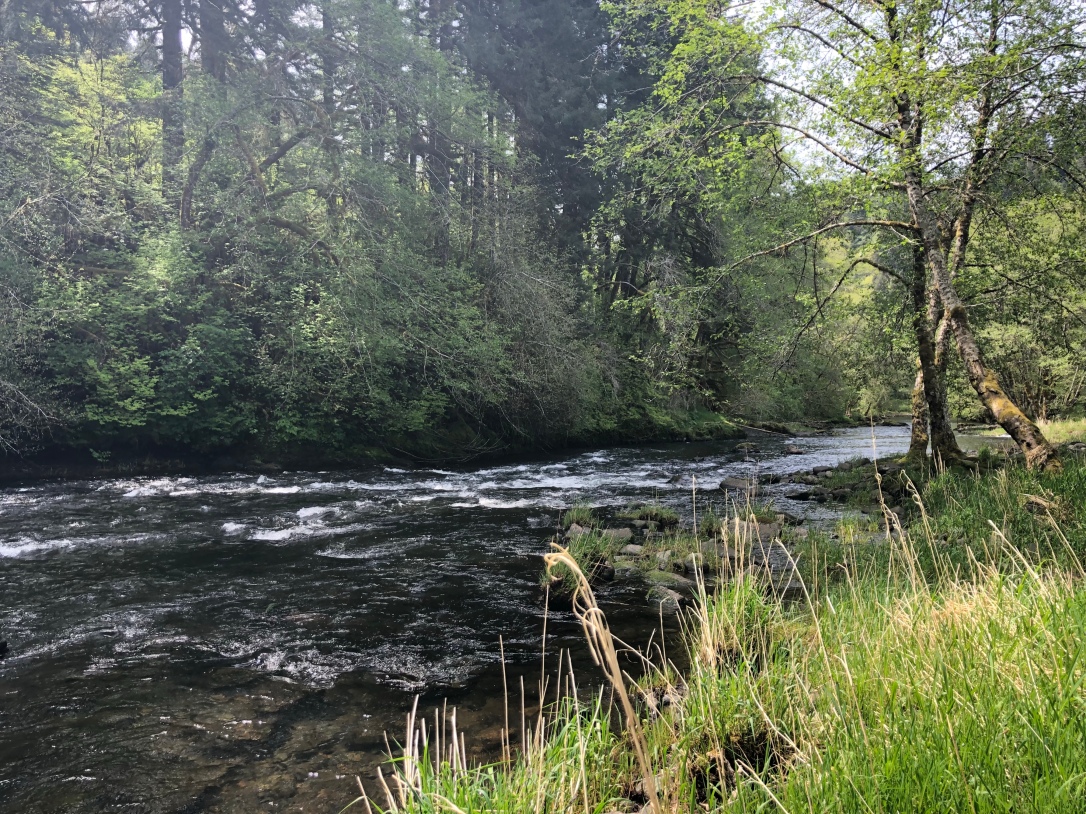 When it came to Nix’s leg we couldn’t support her, and in no time she was handing off to Alaskan Jenn for her final leg. We went to Pacific City to wait for her, had a cider with Dara, and it seemed as if in no time she was coming off that hill. I honestly don’t remember waiting for her very long to finish her 8 mile leg. I swear we were only waiting for like 30 minutes tops. 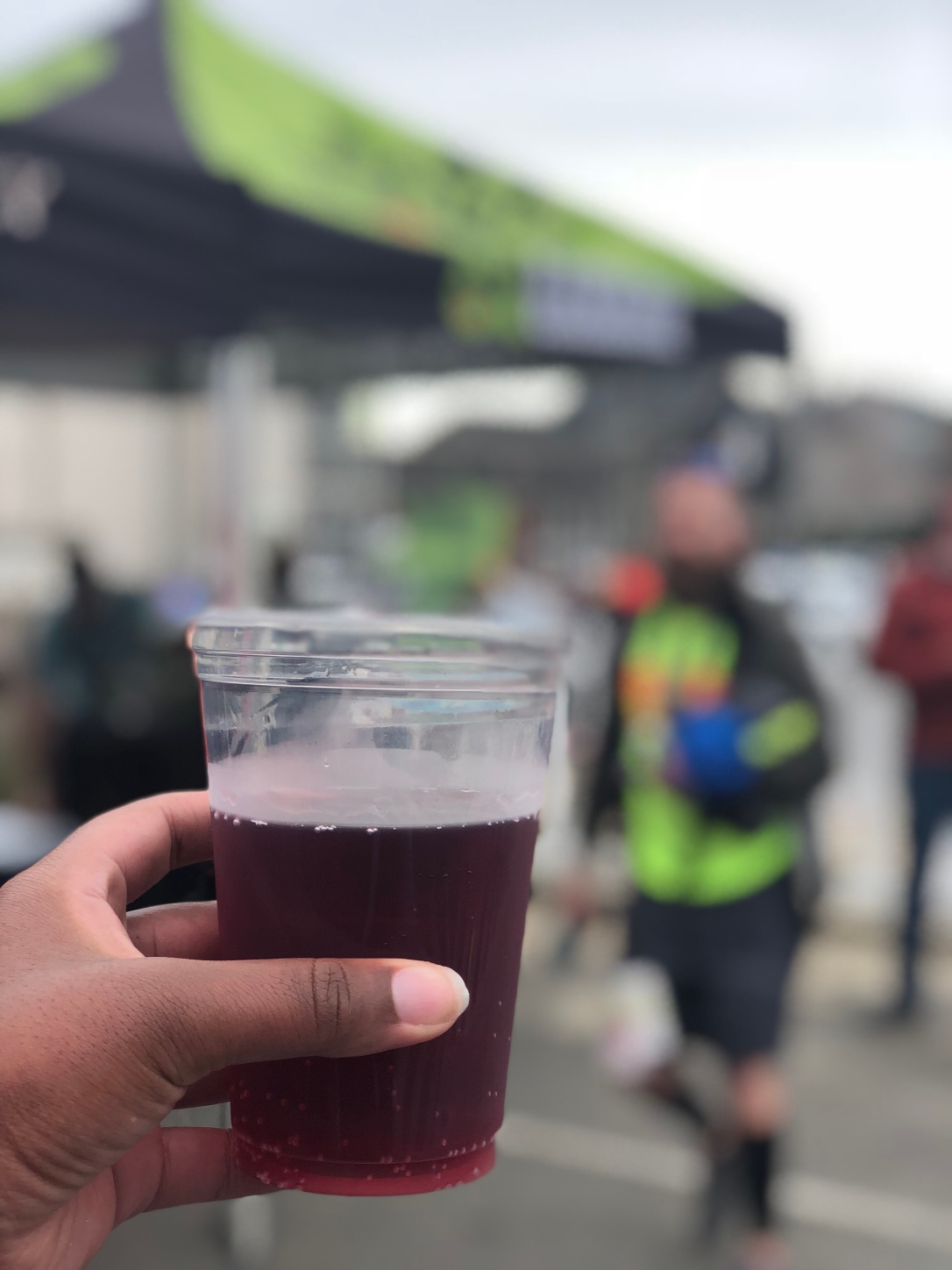 We crossed as a team and finished the race in 14:48. I had an amazing group of ladies to run with on a very challenging course and I would not change my team for anything in the world. It’s crazy how a bunch a strangers can come together and do Epic $h!t. 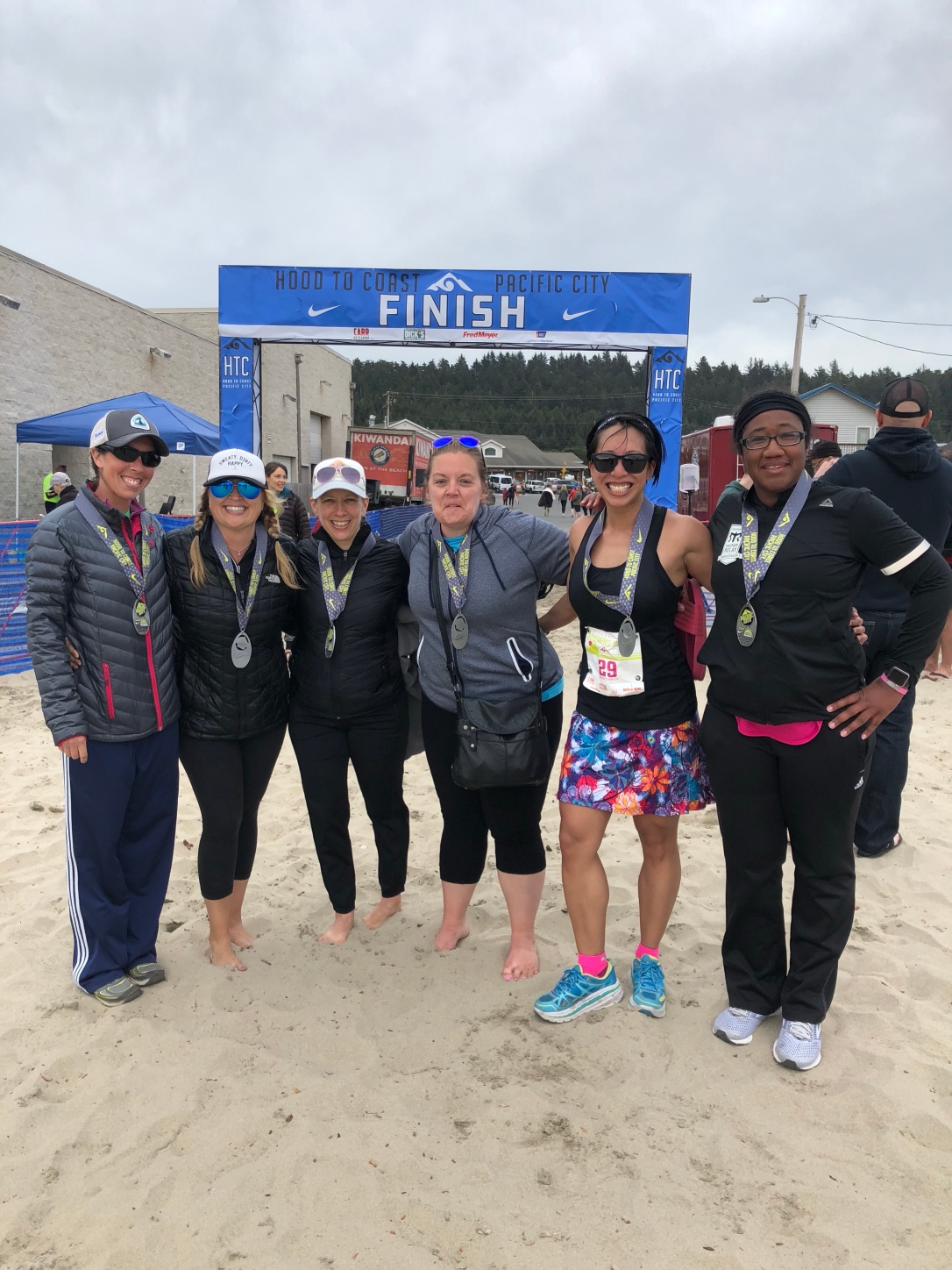 I will say that while this style of relay is similar, it was very different. The traffic control at exchanges were way more organized in my opinion and they had a very unique carpool lane style of system for getting vans in and out. I liked it very much. However, it wasn’t the same as Ragnar with the dancing and van tagging. I definitely missed that aspect, but I still had fun.

Needless to say, I would definitely sign up for another day relay again!