It’s been a while since my last post…but I’m tri’ing to get back into it (get it like.. tri…like triathlon).

So after an epic Ragnar adventure I took a break from running to give myself time to recover and to not be on a strict plan. Again with the wonderful guidance from my Coachy Coach that’s exactly what I did. I did have a 5k on the books from the end of April and that was my target race.

It was a small, local 5k, and I really wanted to push it to try and place since I knew the 5k field would be small sine the race also offered a 10k and half marathon as well. So I set myself up for success. I had a six miler scheduled that and the plan was a 2 mile warm up, 5k, 1 mile cool down. Me being who I am as a person I was running late and got in a solid 1 mile warm up. 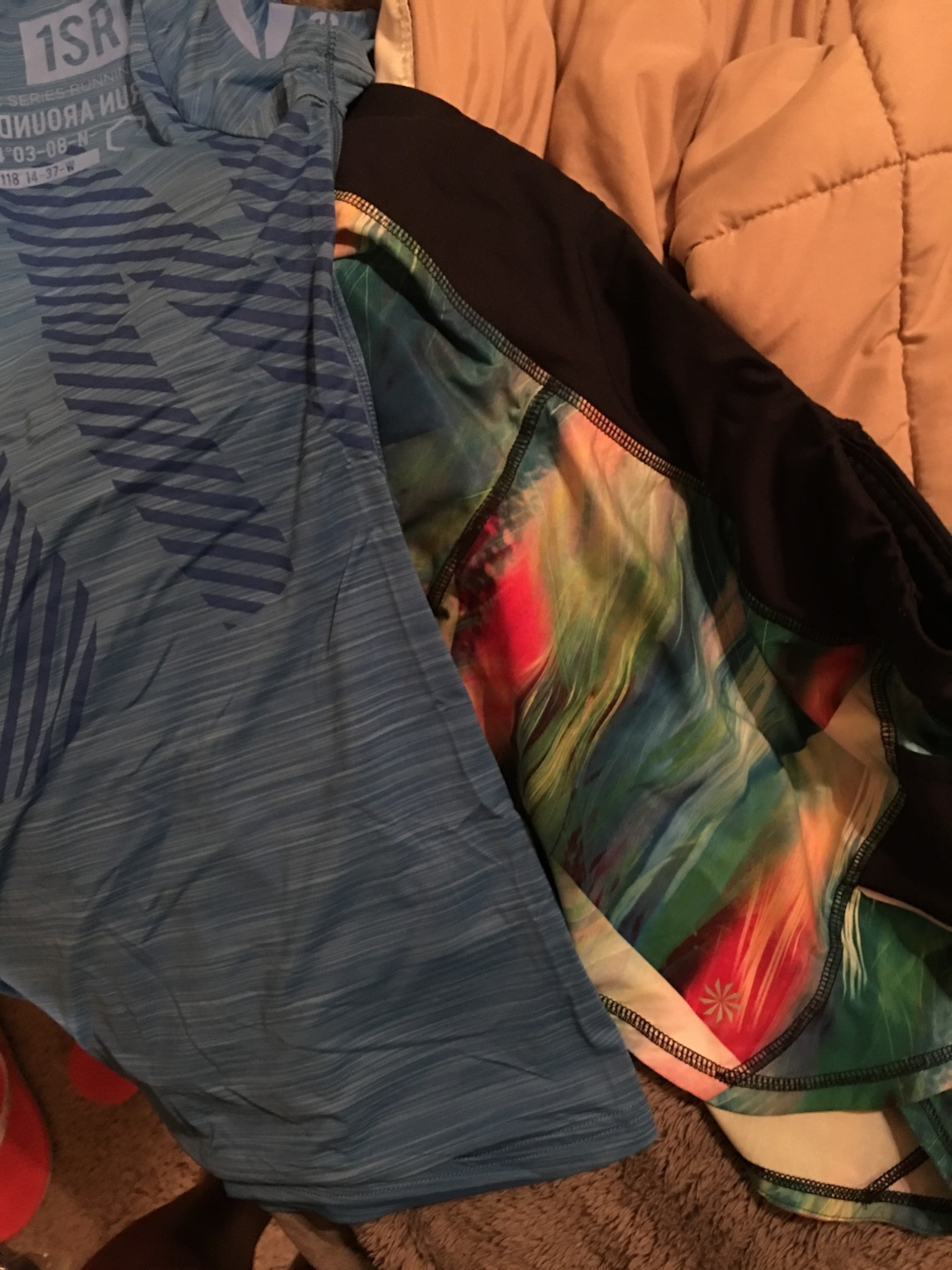 Which was good…since well… simply put… the course was not marked properly and volunteers were not properly informed so front of the pack and middle of the pack ended up running 4.5 miles and not getting water until mile 3. Back of the packers were able to do the proper course after the mishap was discovered and some finished before the middle of the pack folks. I was furious. 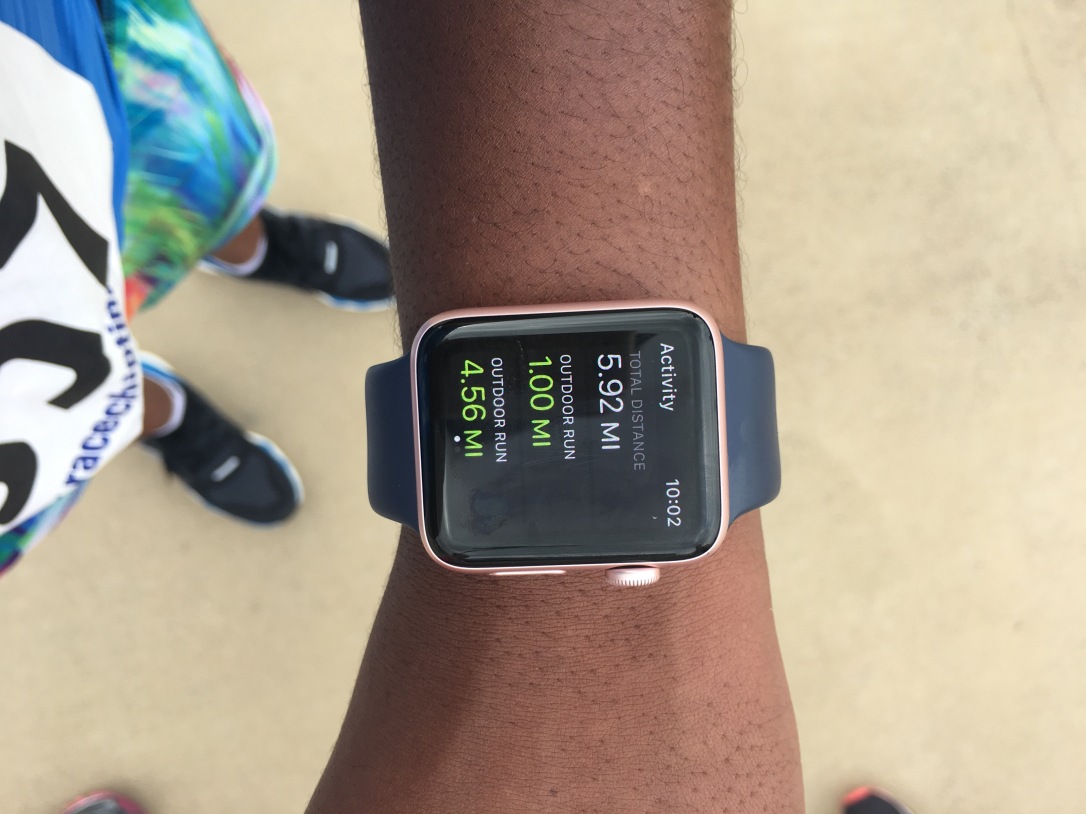 I was pushing myself to reach my goal, and I was mad at the thought of missing placing due to someone running a shorter, proper course, faster than I could finish the longer, not proper course. Needless to say… I still got first and I was happy and celebrated with food.

After that I had nothing planned until my triathlon in early June, the Spa Girl Tri in Dallas. Leading up to it I practiced swimming and flipping under the water and kicking off the wall in my community pool to get ready. Fate would have it that north Texas would be experiencing daily thunderstorms the first week of June…never happens. But I loaded up Lucille Jr. on the bike rack on my car the night before to save time since I had to get there early to pick up my packet. 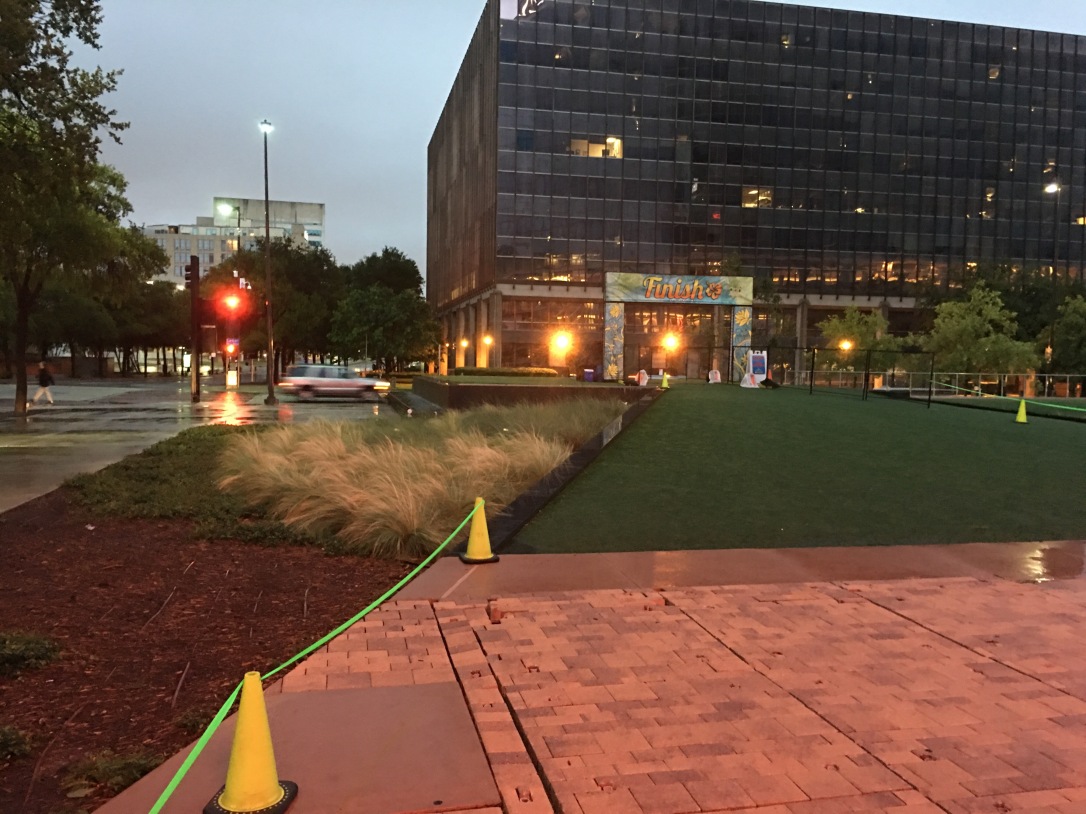 It poured rain the whole way down, and I knew deep down it would be canceled since the radar showed zero hope, downtown streets are already bad, and racing bikes on slick roads was not safe. But I wanted my wine glass so I went anyways. 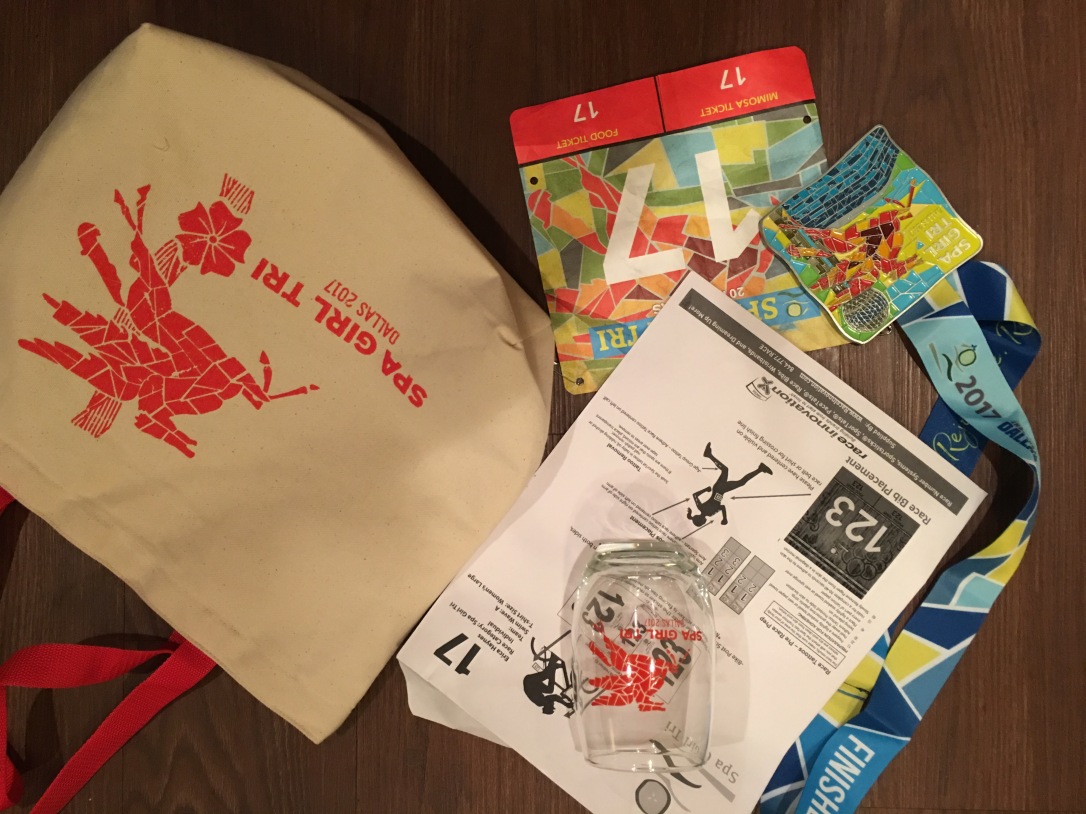 I waited and waited, first it was a delay of opening transition, then it was a delay of the start, then it was a hotel won’t allow anyone in the pool, then it was another delay, then it was decided that it would be a 5k only. That’s cool…I guess…The run was fine… just the start was at the back off the Omni hotel with all the trash bins and the smell was awful and turned my stomach and many other participants into knots. The constant delays and this smell honestly put me in a bad mood.

I’m discovering that I’m an angry runner when things don’t go the way I feel like I should… I mean honestly it’s obvious that you don’t place a transition area by dumpsters because the smell is rank and you should properly inform your volunteers of the course, but whatever. I did not complain and kept my cool as in both races I was repping Ragnar and value my relationship with them and appreciated the chance to get the Ragnar logo out in front of people.

Long story short… I ran the 5k and placed 3rd…no 3rd place medal sadly and took a horrible finish line angry face picture that I should’ve smiled because the background is legit.

Now here I am…ready to dive back into social media for accountability and restarting my journey because I have a huge goal that I’m going for in December. So here it is, and here I am.